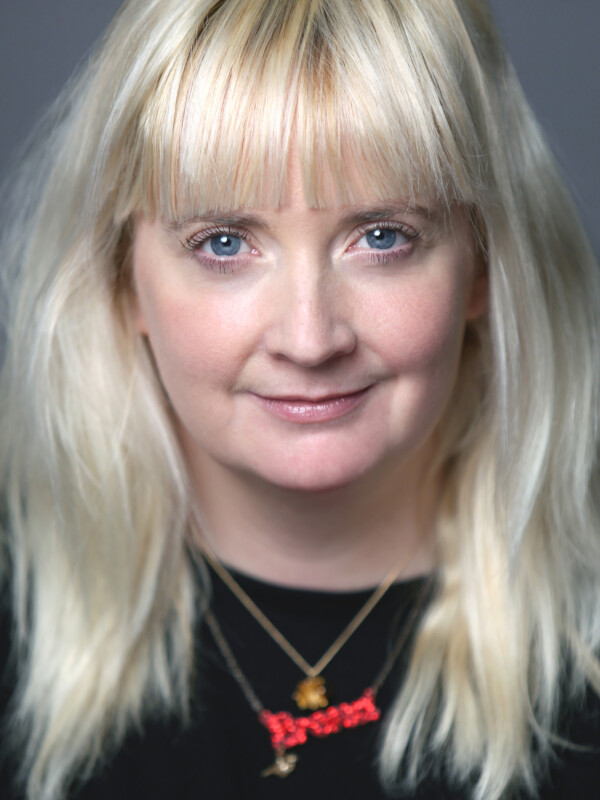 Brona is a wonderful Irish comedy writer and actor who has most recently been seen in Motherland on BBC One with Anna Maxwell Martin, and in Iain Stirling’s Buffering for ITV.

Other recent tv roles include The Reluctant Landlord with Romesh Ranganathan (Sky One), Women on the Verge(Merman), The Stand Up Sketch Show (ITV2) and Tracey Breaks the News (BBC One), on which she was also a writer. She has also recently filmed a taster pilot for NBC Universal.

She has recently been writing on Saturday Night Takeaway, Spitting Image, Finding Joy, 8 Out of 10 Cats, CelebAbility, Blockbusters and Dorg van Dango, as well as developing various projects with Hat Trick, CPL, Tiger Aspect, Nickelodeon, What Larks, ITV and Disney, among others. She has worked with Disney on several projects includingThe Lodge, for which she wrote a newly broadcast episode. She has also worked on Born Silly, a pilot for Channel 4, both as a performer and writer.

Her writing credits for stage include Women in Power (Nuffield Theatre Southampton – on which she wrote alongside Jenny Eclair, Shappi Khorsandi and Jess Phillips, among others), Effigy (Irish National tour, RTE Radio1) and Jobless Satisfaction (co-written/performed with Aisling Bea – Edinburgh, Dublin, Portlaoise).

Having trained at LAMDA, she has gone on to work on stage with Hull Truck, BBC at Bush Hall, Urgent Theatre and Theatre 503 among others, as well as recently workshopping at the National Theatre Studio and the Old Vic. Further screen experience includes Estate Agents, The Potential Wives of Prince Harry, Narcopolis and 50 Kisses.

Brona is a long-time collaborator of comic Aisling Bea and writer Tony Cooke. Her Guardian article on 50:50 writers rooms can be read here: Ban male comedy writers? Of course not. But do more to give woman a chance