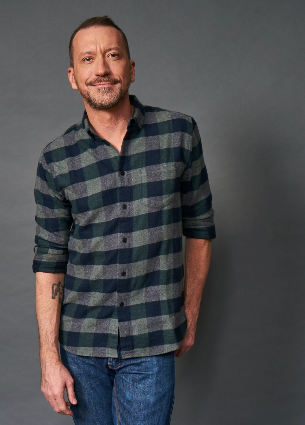 Baylen is a country music specialist, who hails from Bristol, Tennessee. He’s lived in London for over a decade and continues to make Country and Americana music his focus, as they say you can take the boy out of the country but you can’t take the country out of the boy.

Baylen is a successful broadcaster with a weekday show Monday-Thursday 10am-1pm and a Sunday show 1pm-3pm on Bauer’s Absolute Radio Country. He was a regular presenter and contributor on the Music TV channel Total Country on Sky.  Previously he contributed to the BBC Radio 2 where he presented specialist programmes including Tennessee Boy Meets Tennessee Girl – a show dedicated to the amazing Dolly Parton and which included a very exclusive interview with the lady herself. Other work for Radio 2 includes a documentary on The Grand Ole Opry and Baylen Leonard’s Country Christmas. He was also part of the Radio 2 presenting team for their coverage of C2C: Country to Country festival and presented shows including A Beginner’s Guide to Country and Celebrating C2C for their pop up station Radio 2 Country.

On Chris Country Radio Baylen presented the hugely popular show The Front Porch , a country music show which enabled Baylen to explore his passion for finding the best new music in this ever exciting genre. The Front Porch is now presented on Baylen’s Country Hits Radio slot every Sunday. Baylen is also known for his work on BBC Radio London where he used to co-present and produce The Danny Baker Show. After being awarded the International Country Broadcaster Award by the Country Music Association in 2019, Baylen has now brought his keen broadcasting skills to the world of podcasts by becoming a permanent co-host for Holler Weekly in 2021.

As well as being an Executive board member of the Americana Music Association UK and Artistic Programmer of free summer Country Music festival Nashville Meets London, Baylen is now the Artistic Director of The Long Road, the UK’s largest outdoor Country and Americana festival. He is passionate about working closely with Artists and Promoters to gain exposure and provide a platform for Country, Americana, Bluegrass, and Roots music in the UK and abroad.

Baylen has hosted and DJ’d at some of the UK’s biggest venues and festivals including VFestival, Bestival, The Southbank Centre, Tate Museums, Country2Country, The Royal Court Theatre, Science Museum, Brooklyn Bowl, Nashville Nights, and The Millennium Centre in Cardiff.

No matter how much time Baylen has dedicated to the British Radio scene in empowering Country music, he is still perfecting his Granny’s southern biscuit recipe, drinks sweet ice tea with lemon and continues to say Y’all.