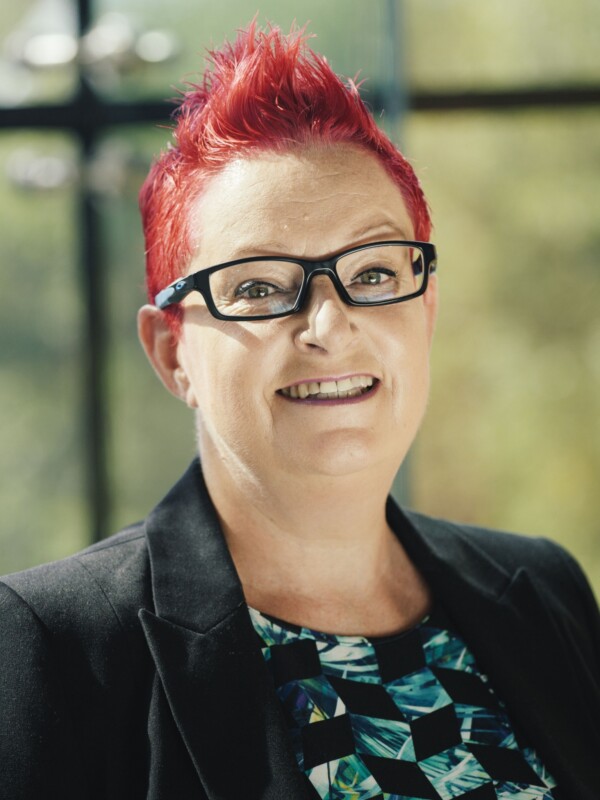 Sue Black is the Professor of Computer Science and Technology Evangelist at Durham University, a digital skills expert, social entrepreneur, consultant and international keynote speaker. She has a computer science PhD, management and change management experience and is passionate about sharing her knowledge and excitement about the opportunities that technology offers. Sue is a successful social media campaigner heading up the campaign to save Bletchley Park, with expertise in leadership and the equality challenges faced by the tech industry.

In March 2023 Sue will be BCS, The Chartered Institute for IT Deputy President.

Named in the list of top 50 women in tech in Europe, and winner of the Lifetime Achievement Award at the Lovie Awards 2018, Sue is one of the leading tech personalities in the UK today. An Honorary Professor in the Department of Computer Science at University College London and a Senior Research Associate at Lucy Cavendish College, Cambridge. A champion for women in computing, she founded BCSWomen the UK’s first online network for women in tech, and #techmums, a social enterprise which empowers mums and their families through technology.

With an ever growing following of over 64K followers on Twitter, Sue is an advocate for the positives of social media crediting Twitter as the primary force in her campaign to save Bletchley Park. Writing a book about the process ‘Saving Bletchley Park – how social media saved the home of the WWII Codebreakers’. In 2017 she received the Social Impact ABIE Award at the Grace Hopper Celebration, was made an OBE in the New Year Honours list 2016. She sits on the Government’s advisory board for improving digital services and the Board of Comic Relief.

Sue’s motivational keynote speeches focus on her determination to bring her family out of poverty to build a successful career through education, technology and a drive to succeed. She was a guest on Desert Island Discs covering all things tech and how to “be your best self on social media” and appeared as a panellist in the special edition of Woman’s Hour recorded live at the British Science Festival in Brighton. Sue is the focus of a film made by Universal and another as part of the BBC Ideas online platform in which she tells her story and shares her advice for being successful and finding the superhero in yourself.

" We were thrilled and honoured to have Professor Sue Black present her truly inspirational talk “If I can do it, so can you” tonight as part of ILM’s 2020 Speaker Series. So many women and men were touched by Sues exceptional story. Positive feedback was overflowing, the best quote being “I can sleep better tonight from hearing Sue speak” - from a recent female graduate. Thanks so much Sue for touching the lives of many people. Keep being the authentic you as you continue to shine a light in this world." - Amy Backwell. Emerging Talent Specialist at Industrial Light & Magic January 16, 2020.

“If I can do it, so can you!” This was the opening line of Prof. Sue Black’s speech at the second annual Girls in Tech Catalyst Conference in London on 4th September. She took us along on her incredible journey from a fascination with technology to saving Bletchley Park, becoming a catalyst for change for equal rights, paying it forward through #Techmums, and inspiring the next generation of computer scientists as a professor at Durham University. Sue had a profound impact on all of us through her contagious passion, optimism, and “prescription for success.” Professor Black is not only an extraordinary academic, technology evangelist, and social entrepreneur, but she is also a warm, open, and friendly human being who inspired and motivated our attendees not only on stage, but also off-stage--in one-on-one conversations and through personal advice. Thank you, Professor Black, on behalf of our entire staff and attendees. We look forward to working with you again in the future!" - Adriana Gascoigne, Founder and CEO at Girls in Tech, Inc. November 7, 2019.