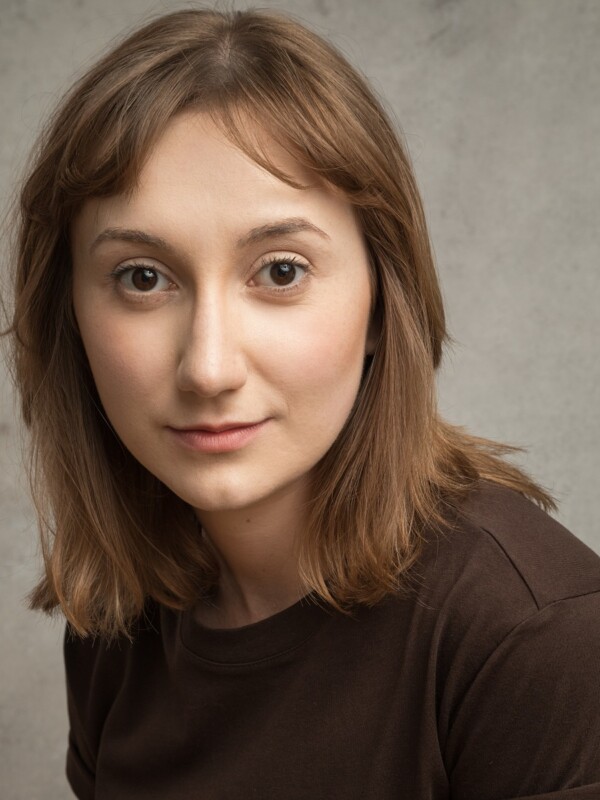 Ruby has just finished the West End run of The Ocean at the End of the Lane for the National Theatre and is about to begin rehearsing for Dick Whittington at Cambridge Arts Theatre.

Previous work includes The Wind in the Willows at Derby Theatre, Wishee Washee in Aladdin at Sutton Coldfield Town Hall, Double Act at Polka theatre and Why is the Sky Blue? at Southwark Playhouse, on which she has been working further with the National Theatre Studio. She has also been working on 8, a steam punk opera, had a major showcase at The Other Palace.

Ruby trained in Acting (Musical Theatre) at Central School of Speech and Drama, where she played the title role in their final show, Em, by Benjamin Till. On graduating, she immediately went to the Hope Mill theatre for The True History of Julia Pastrana and then straight to Bolton Octagon for The Threepenny Opera and A Christmas Carol.

She can be seen in several short films and advertising campaign, and is a member of the National Youth Music Theatre. She is also a highly-skilled singer, pianist and clarinettist.

Shows at Central also include Grand Hotel, The Crucible, Richard III, Sunday in the Park with George, The Wives’ Excuse, Boston Marriage and Twelfth Night, and with NYMT include Brass and Sweet Charity.