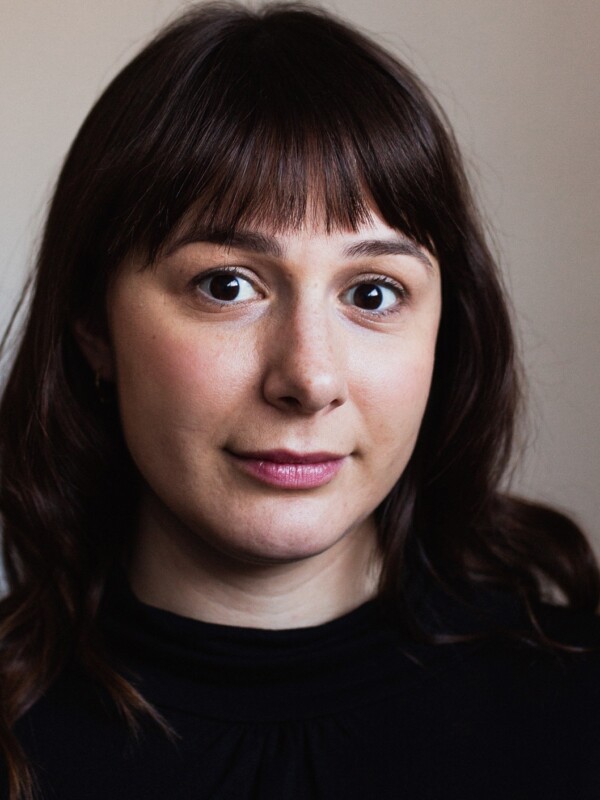 Rosie is an award-winning actress who has worked across theatre, television and radio. She has been seen in prestigious venues across the UK and Europe, as well as Off-Broadway at 59E59 starring in Jack Thorne’s award-winning one-woman show Bunny. She is about to begin rehearsals for The Wind in the Willows Wilton’s at Wilton’s Music Hall.

Rosie won a prestigious Stage Award for Acting Excellence at the Edinburgh Fringe Festival for her “heroic performance” (Lyn Gardner) in the one-woman show Spine. Moreover, she was in the original touring cast of One Man Two Guvners for the National Theatre.

Her radio work includes Pride and Prejudice and How Did I Get Here? both for BBC.

Alongside her acting work, Rosie reads and assesses scripts for multiple theatre companies. Rosie trained at the Royal Welsh College of Music and Drama.

"Rosie Wyatt, an excellent performer, brings spontaneity, stoicism and a winning streak of irony to the role of Kyra,"

- The Stage on Skylight

- A Younger Theatre on In Event of Moone Disaster

- Spy in the Stalls on In Event of Moone Disaster

- Lyn Gardner for The Guardian on Spine