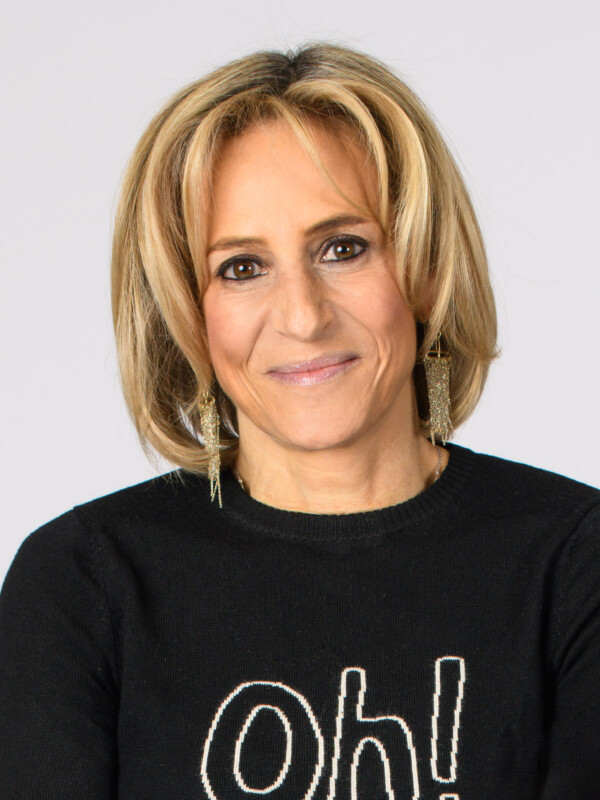 "How can I thank you enough for such an insightful and amusing presentation earlier this week. Everyone loved it and you had our clients in stitches. They said this was the best seminar they have come to in the 15 years we have been holding them, no doubt much down to you, so it will be a hard act to follow" - Head of Wealth Management, at a prestigious city bank.

Award-winning journalist and broadcaster Emily Maitlis was recognised by GQ Magazine as one of the most influential people in Britain. Having covered elections in the US and UK for the BBC, she has also fronted Newsnight, becoming a stalwart of the broadcaster’s news output and a trusted voice with the viewing public.

She has interviewed Presidents Donald Trump and Bill Clinton as well as each of the last six UK Prime Ministers among numerous other political leaders. In the world of culture and international affairs she has sat down with subjects including Mark Zuckerberg, Usain Bolt, Sheryl Sandberg, Marine le Pen, Emma Thompson. In a groundbreaking interview that defined the news and cultural narrative she spoke exclusively to Prince Andrew, as the royal talked publicly for the first time about his links to Jeffrey Epstein.

Having departed the BBC and signed with Global, the media and entertainment group, the next chapter of her career will build upon the success she enjoyed with the Americast podcast. She will once again team with Jon Sopel for a new project under the Global banner. Emily delivered the flagship address of the 2022 Edinburgh TV Festival – The James MacTaggart Memorial Lecture – as the Festival returns to an in-person event at the end of August, the lecture covered the complex world of modern journalism where the threat to reporting the news and holding power to account across the globe, comes not just with intimidation and outright censorship, but in more nuanced ways with language and normalizing the extraordinary.

Maitlis is also author of the Sunday Times bestseller, Airhead: An Exploration of the Imperfect Art of Making News, which is currently being adapted. She has also written for The Sunday Times and the Spectator as well as the Guardian, the Evening Standard and the New Statesman.

Celebrated for her unique and inimitable style, GQ Magazine said –  “Don’t confuse her with Andrew Neil. He grills; she incinerates”.

She lives with her two sons, one husband and an extraordinarily entitled whippet, Moody.

From Airhead: The Imperfect Art of Making News:

Behind every interview there is a backstory. How it came about. How it ended. The compromises that were made. The regrets, the rows, the deeply inappropriate comedy.

Making news is an essential but imperfect art, and it rarely goes according to plan.

I never expected to find myself wandering around the Maharani of Jaipur’s bedroom with Bill Clinton or invited to the Miss USA beauty pageant by its owner, Donald Trump. I never expected to be thrown into a provincial Cuban jail, or to be drinking red wine at Steve Bannon’s kitchen table or spend three hours in a lift with Alan Partridge.

I certainly didn’t expect the Dalai Lama to tell me the story of his most memorable poo.