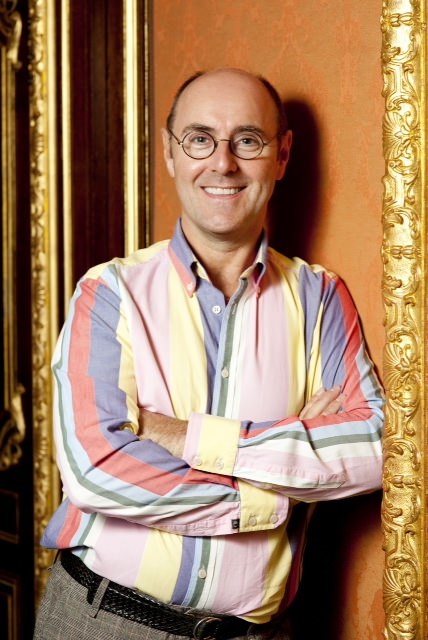 Cal McCrystal is a renowned director who specialises in comedy and clowning. Cal’s directing work includes Canoeing for Beginners (Royal Court Liverpool), Fitzrovia Radio Hour’s Dracula (Colchester Mercury Theatre), Haydn’s Life on the Moon (English Touring Opera) Alan Ayckbourn’s Mr. Whatnot (Northampton Royal Theater) and his work as Physical Comedy Director on the juggernaut that is One Man Two Guvnors (he directed that dinner scene!) He has also worked extensively directing Spymonkey’s shows including the hilarious Stiff, Bless and their huge hit Cooped.

Other companies and acts Cal has directed include Peepolykus, La Soirée, The Mighty Boosh and Sacha Baron Cohen. His work as comedy consultant can also be seen in the films The Amazing Spider Man 2, The World’s End, The Dictator and Paddington.

Cal trained as an actor with Philippe Gaulier in Paris and he worked across theatre, TV, film and radio before turning his hand to directing. He still performs, but only if you ask nicely.

"Fans of Comic Theatre... know him as Britain's Funniest Director" - The Guardian