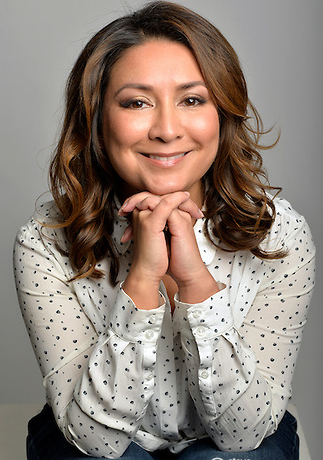 “Relaxed, Mischievous and with a mind like a steel trap…go and see what she has to say.”
Scotsman ★★★★

“Hazarika’s return to stand up is also public service, never less than entertaining”
The Guardian

“She went down great with the audience, really enjoyed the speech and to top it all, she’s delightful company! So very pleased”
Energy UK

“Relaxed, Mischievous and with a mind like a steel trap…go and see what she has to say.”
Scotsman ★★★★

“Hazarika’s return to stand up is also public service, never less than entertaining”
The Guardian

"She went down great with the audience, really enjoyed the speech and to top it all, she's delightful company! So very pleased"

"Ayesha gave us some real and no-punches-pulled insight into Labour and politics more widely, which is something you don’t hear that often at a corporate gig. She managed to make everyone laugh while maintaining a serious presentation. She is also a very uplifting presence on stage, if that makes sense. I’m a big fan and expected her to be good – but she was superb. Feedback from the audience has been uniformly excellent." Deloitte

Ayesha Hazarika MBE is a columnist and broadcaster who is known for her insightful and witty opinions and observations on current affairs and politics. She now hosts the weekend drivetime show on Times Radio every Saturday and Sunday from 4 till 7pm, where she dissects the weeks news and events across Westmisnter and beyond with a plethora of interesting and engaging guests. In 2019 she took over as Editor of The Londoner, the Evening Standard’s Daily Diary section, where she distills the latest news and insights from across the capital. This is onto of her hugely popular column which graces the pages of the same paper every Wednesday. In 2022, Ayesha began co-hosting Take on Tomorrow, the latest podcast series produced by PwC aiming to understand the role business can play in solving some of the biggest issues facing society today.

Having started her career as a stand-up comedian playing clubs across the country, she then took what she thought was a natural diversion into politics as a Special Adviser for the Labour Party, working with them for eight years both in Government and Opposition. During her time in Westminster she worked for Gordon Brown, Harriet Harman and Ed Miliband, advising them on Prime Minister’s Questions, speeches, media and policy as well as heading up initiatives on topics such as Women and Equality.

Since leaving front line politics, Ayesha has become a much sought after pundit due to her unique position to analyse and comment on current affairs with great wit and insight. She has appeared on Question Times (BBC), Sky Papers (Sky News), The Andrew Marr Show (BBC1), Newsnight (BBC2), The Agenda (ITV) and The Today Programme (BBC Radio 4) as well as using her comedy chops on Have I Got News For You (BBC), The News Quiz (BBC Radio 4), Breaking the News (BBC Radio Scotland) and Matt Forde’s Unspun (Dave). In 2022, she became a regular face on the brand-new political panel show The Talk, launched by TalkTV. She has also presented BBC Radio 4’s Saturday Review leading discussions of cultural events. She went from regularly commentating on CNN Talk 3 days a week to being the face of political conversation every Thursday on Good Morning Britain. In print Ayesha has contributed to The Scotsman, FT, Guardian, New Statesman and Grazia.

In 2018 she took her stand up show Girl on Girl – The Fight for Feminism on tour across the UK including a week’s run at the Soho Theatre which followed a successful two week run at the Edinburgh Fringe Festival. The show looked at the current state of feminism with humour and honesty and tackled topics such as Weinstein, #MeToo and Kavanagh as well as looking at the medias obsession with pitting women against women.

Ayesha’s 2016 show Tales from the Pink Bus was a sell-out hit at the 2016 Edinburgh Festival and the Women of the World at the Southbank Centre. She then extended this show, creating State of the Nation, which she toured throughout the UK in early 2017 including a hugely successful run at the Soho Theatre, which had extra dates added due to phenomenal demand. During the show, Ayesha lifted the lid on what life was really like behind the scenes at Westminster with brutal honesty and humour and asks what’s next for British politics. In 2022, she brought State of The Nation back to the Edinburgh Fringe Festival to rave reviews.

She is also in demand as a speaker and host due to her unique background in politics and stand up.