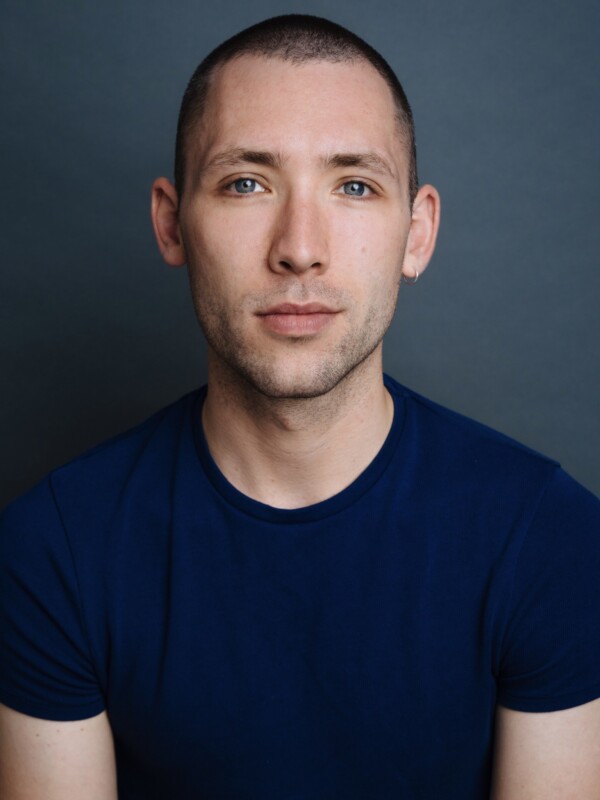 Sam has most recently appeared in The Convert for Above the Stag theatre. He filmed Outdoors (Grey Moth) last year, with BAFTA nominated writer/director John Fitzpatrick, and it is currently featuring in the BFI London Film Festival’s selection of shorts.

Sam started his formal training at the London School of Dramatic Art, later to complete the BA at Drama Centre London. His stage credits include Far Away (Donmar Warehouse); Jock Night (Hope Mill Theatre/Kings Head Theatre); Next Lesson (Above the Stag); Thérèse Raquin (Southwark Playhouse); Holding The Man (Brockley Jack Studio Theatre); and the 2016 and 2018 sell-out runs of Party (Above the Stag Theatre). His screen credits include Plunge (GrizzlyWoof/Arteria Films), for which he won Best Actor at the Top Indie Film Awards; The Honey Makers (Screaming Violet Productions); and Brace (Up+Up Productions).

Sam is also a movement director and tutor working across London drama schools. His practice is heavily based in Viewpoints, Animal Study and Laban. After his recent work with Ita O’Brien Sam is beginning to explore the world of intimacy direction and implement that in his practice.