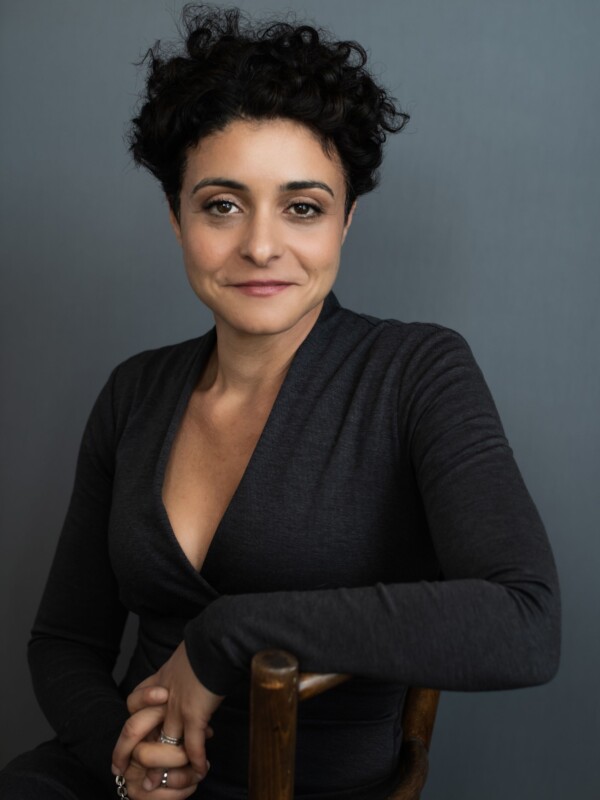 Jenny is an award-winning journalist and documentary-maker, who specialises in hunting down and telling the unique stories you wouldn’t have heard from anyone else. Often focusing on the human experience, Jenny approaches each of her topics in a new way, from sex robots, murderers and Doctors who will go to any lengths for their patients, she unpacks the ethics of each story with great empathy and delves into the human impact of situation.

Her first book Sex Robots & Vegan Meat was published in July 2020 by Picador and explored the scientific developments in the fields of Birth, Sex, Death and Food that are changing the human experience. In each of the four sections of the book, Jenny gets behind the bolshie characters, huge promises and extraordinary science to look at the ethics of these developments and what they mean for the future of humans. She recently appeared on the Joe Rogan Experience podcast discussing the book and the consequences of our decisions.

Since June 2020, Jenny has presented the Weekend Breakfast show every Friday to Sunday from 6 till 10am on Times Radio. Using her experience as a long form journalist and documentary presenter, Jenny approaches each news cycle with a refreshing analytical eye that gets behind the headlines and into the nuances of the discussions. 2020 also saw her launch the podcast series, Immaculate Deception, where she told the story of Dutch fertility doctor Jan Karbaat and met those he conceived and deceived through his crazed determination to make life – at any cost.

Jenny writes extensively for The Guardian, The Sunday Times, New Statesman, The Observer and Vice Magazine and has presented a number of films for Channel 4’s foreign affairs documentary series Unreported World. She has reported from across the globe; from the depths of the Amazon rainforest to the film sets of Afghanistan’s movie industry, via Liberia, Cambodia, Nigeria and Honduras. Back on home turf, Jenny has reported for BBC One’s The One Show, and reviewed the newspapers on Sky News, BBC News Channel, BBC Radio 5 Live, and LBC. Jenny presented a report on BBC One’s Panorama, Sleepless Britain in which she investigated the causes of the lack of sleep in Britain’s children.

She won the One World Media Television Award in 2011 for The City with Too Many People, and was Shortlisted for the Amnesty International Gaby Radio Journalism Award in 2012.

Jenny’s attention to detail and empathy as a journalist stands her in good stead in the corporate world where she is in demand as a conference moderator and panel chair.