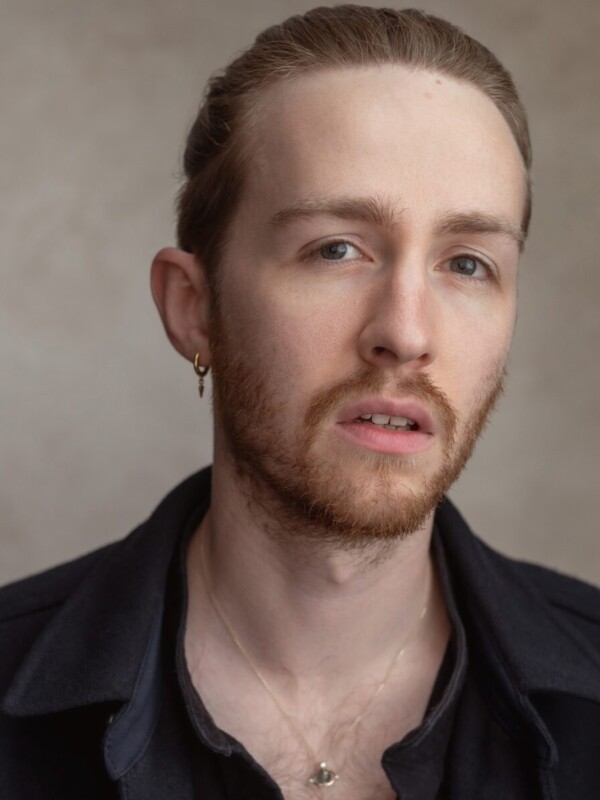 Angus Tikka is a Scottish/Finnish actor, musician, and composer. He will be making his West End debut in March 2023, playing the Bank Manager in an in-concert performance of ONCE with Carrie Hope Fletcher and Jamie Muscato at the London Palladium.

Angus completed an MA in Actor Musicianship at Rose Bruford, graduating in 2022. His credits prior to training include playing Bottom in ‘A Midsummer Night’s Dream’ and Simon Bliss in ‘Hay Fever’. During his MA year he played Macbeth with the Primary Shakespeare Company, a violent detective in an adaption of ‘Jekyll & Hyde’, and narrated/composed for ‘The First King of Britain’.

He originally trained as a musician, touring and recording with an eclectic plethora of Scottish bands such as Skipinnish, Graham Costello’s STRATA, the Scott Wood Band, and Wolfstone.

Additionally, Angus holds an MSc in Psychology, runs long distances, and spends much of his free time in the kitchen.